Wednesday October 7th 2020. 17 years to the day that I came into this (makeshift) world. It was a day that I shall never forget. A day when history was written, a day that will be indelibly etched on the minds of those that had shouted with all their might in support of a mother who was finally vindicated.

On this day, the members of a neo-Nazi organisation were pronounced guilty. They have the blood of innocent people on their hands, people murdered and subjected to violence because of the colour of their skin, their beliefs, their religion and their origins. It was estimated that about 20,000 of us had gathered outside the Court of Appeal. Peacefully yet forcefully, we demanded that the legal system not leave the guilty unpunished.

The future of the “monsters” in the dock was not the only thing in the hands of those called upon to give their verdict that day. Something more important was at stake. It was up to them to prove that no matter how many years have gone by, there is no place for fascism anywhere. They carried the hope of thousands of people who were not frightened by the ghost of Nazism, who simply wanted the judicial system to do its duty. The outcome of this long-standing trial would define the future of democracy in the very country of its birth.

The court’s verdict was pronounced at 11.30am and it was truly liberating. Golden Dawn was declared a criminal organisation and its members were found guilty of the crimes they had been accused of. This joyous announcement evoked numerous emotions. The crowd outside the Court of Appeal clapped, cried, hugged the person next to them- regardless of whether they knew them, after all, we were all in this together – and shouted slogans in support of Pavlos and the fishermen.

We celebrated, because it turns out to be true that “justice is able see in the dark”. Our anxiety had turned into an emotion that could not be put into words. Buckminster Fuller once said “I have great hope for tomorrow. My hope lies in three things – truth, youth and love.” On October 7th 2020, we too dared hope about tomorrow, because we believed in a truth that could not be silenced, in a youth that cried but was not afraid and in a love that knows no bounds. From now on, we will have even more hope, because the darkness is being dispersed and fascists are being punished.

The sun set on Golden Dawn after 27 years. It was an ignoble and fitting end for those criminals. Today we won a major battle in a war that may not necessarily be over but we shouted, “Fascism shall no prevail”, and it didn’t. 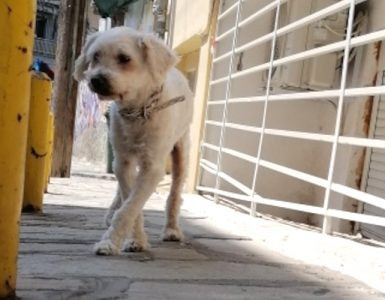 A world of enchanting nature

It’s true, nature is beautiful and amazing. Do you know that there is a law in nature? Maybe you do, but I will tell you anyway. The law of nature is instinct. Under the light of instinct, we feel the value of...

July 2020 We are people who live in Moria refugee camp, in Lesvos, Greece. We would like to tell you not to behave like the people living on Earth. Prevent this from happening to the beings of your planet. Don’t...