We are people who live in Moria refugee camp, in Lesvos, Greece. We would like to tell you not to behave like the people living on Earth. Prevent this from happening to the beings of your planet.

Don’t mess with the kind of problems people of Moria face. Don’t let borders between your countries separate beings. Don’t let your inhabitants suffer the hardships that we do. Don’t let selfishness, personal benefits and power cause the killing of innocent children. Don’t let some countries profit by selling weapons, in order to cause war in other countries.

We are the people of the same refugee camp who had sent you a letter a while ago. We wanted to let you know that we no longer have Moria. We don’t even have the same tent or even a few meters to sleep.

Don’t let this happen to any planet, even if it is not yours. Don’t let any problem or any accident on your planet make it a place like Moria. Do not allow children and women to sleep in cemeteries because they are immigrants. Do not let the boundaries between countries make you forget the borders of humanity – even if you are not human and you are another living creature, do not behave immorally due to borders. Don’t let a 4-year-old child sleeping in a house be just a dream. If you feel that one day that your planet’s children will be waiting for peace to come, then you are in a dangerous situation, just like the situation we are on Earth.

Μoria was destroyed in a fire a few nights ago and all 13,000 people who lived there have been displaced to the streets and forests of the island. It is painful to imagine women and children sleeping on both sides of the road. Maybe when you read this letter, the Earth will be destroyed, so be careful to avoid doing the same things we did on Earth all over the universe and destroy it. 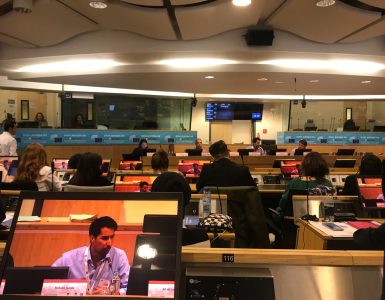 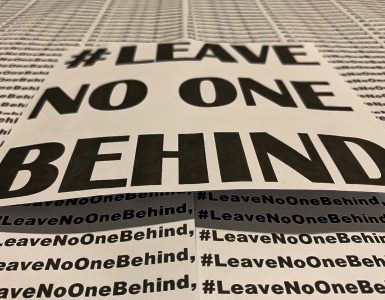