Since I realized what football is, I have fallen in love with it. Hence, I have many favourite football players and Mr. Karim Ansarifard, a football player of AEK Football Club, was my first role model. During this year’s lockdown, I decided to have an online interview with him, in order to discuss and ask him some questions I always wanted to ask. It felt great to interview someone that I admire so much. After being a fan of him for 5 years I was able to talk with him!

Karim Ansarifard is from Ardabil, a city in Iran, and he is now 30 years old. Currently, he plays at the AEK Football Club, in Greece. He wanted to be a football player since he was a child. He started playing football when he was 8 years old and he had always dreamt of playing football in big European teams, as well as in the national team of Iran.

“I was in national categories since the age of 10 and at age of 19, I was invited with the senior’s National Team. After the Brazil World Cup I travelled to Spain, I joined the European football and I was able to start a new journey in my life. After the Premier League of Iran and after Spain, I came to Greece. I stayed for 3 years and then I went to England, then to Qatar and again, I came back to Greece”, he explains during our discussion.

My next question was about how does it feel to be a famous footballer. Ansarifard said being famous had its own difficulties. Especially, he said that being constantly exposed can make one’s life uncomfortable, but it also feels very good when you go out and people express their love to you everywhere.

I asked him who he considers the best footballer in the world. He replied “Cristiano Ronaldo” without a second thought! “Apart from all the success and his talent, the most important thing is that – as we’ve learned – he works very hard, he really tries to keep himself in this position, in order to be able to improve day by day, which I love very much. That’s why I really like him and, in my opinion, he is the best footballer”.

As I myself also play football, I decided to discuss with him about young girls and women playing football and the difficulties they face. He said that he supports Muslim women in Iran, that face difficult conditions. He recognizes it is very difficult for them to deal with all of these problems, but in his opinion, no matter if you are a man or woman, one must pursue their goals and in order to achieve them they have to work hard. “I know it’s hard but, as I said, you have to deal with those conditions to follow your goal and do not let distraction get in your way”.

His message gave me lots of heart strength and it made me try harder for my goals in football. I am glad that this was my first interview with a footballer and that I had the chance to meet a professional footballer, like Karim Ansarifard, so that I can get more information and advice to achieve my goals in football. I hope that next time, after the pandemic ends, we will have the chance to meet in person! 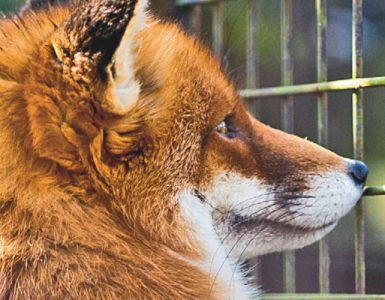 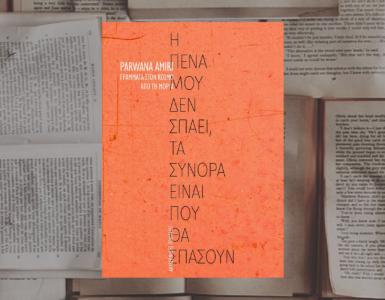 “I knew that using words to describe the truth was the only way to make a change,” Parwana Amiri writes in her book “My pen won’t break, but borders will” published by Akivernites Polities... 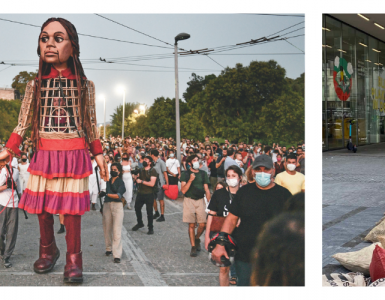 It’s time for our voices to be heard!

Little Amal, the 3,5 meter puppet doll, is a 9-year-old refugee from Syria that we met through THE WALK project, decided to collect letters of other children describing what change they would like to see in the world...