Who will care about Afghanistan?

Afghanistan has been injured, burned and destroyed, but no one has questioned why. Α country where kids wake up hearing bomb explosions, voices. A country where 12-year-old girls are being sexually abused by the Taliban, a terrorist group. A country that was sold by its own president, Ashraf Ghani Ahmadzai. A country in which people around the world saw the injustice, but never cared. The country where mothers have seen their young boys killed in front of their eyes, where kids are left alone on the street. Where hundreds of people have been killed, and thousands have been displaced, already in 2021. But who are the Taliban and which countries are supporting them?

The war in Afghanistan, between the government and the Taliban, has been running for over 40 years. From 1996 to 2001 the Taliban had taken over the country, after many years of war. While they were in power, women had no right to go outside their houses without being accompanied by a man of their family, no right to choose their life partner, no right to education, as all girl’s schools were closed, no right to work and basically, they were treated like slaves.

In 2002, the US military entered the country. Afghanistan became a presidential democracy again and the Taliban were pushed back, but not for long. Now the question is, why the USA, who has been fighting against the Taliban for 20 years, from 2002 until 2021, did not win? Or the real question could be, did they lose or they never wanted to win? Can this be considered as the answer? According to a geological survey conducted by the US, Afghanistan has an estimated $1 trillion of untapped minerals, 1,400 mineral field, as copper, gold, iron, natural gas and so on. So maybe, they never intended to fight and the aim was something else. Maybe the USA got what they needed and now they don’t feel like fighting! The USA, with thousands of military forces and well-developed supplies cannot lose to the Taliban who had never been to school and just have guns and motorbikes!

On the other hand, Pakistan seems to be a huge fan of the Taliban. The Afghan community created the hashtag #SANCTIONPAKISTAN on social media, hopping that the world knows where the problem is. But the world does not care. As shown in a video, Imran Khan, the Prime Minister of Pakistan, described the Taliban as normal civilians! And it is not only this! He also believes that the war in Afghanistan is okay! Pakistan has even been a shelter for this terrorist group for many years. Even Mullah – Abdul Ghani Baradar, the leader of Taliban was in a Pakistani jail, and it is said that he has a Pakistani passport. The Afghan army says that the Taliban war is not for Islam, but for Islamabad, the capital city of Pakistan. During the war, according to AlJazeera, more than 84,000 opposition fighters were killed, while around 33,000 of them were found dead in Pakistan. If Pakistan is not providing them shelter, what are they doing there?

After spending millions of dollars in a war, 4 presidents and two whole decades later, the US has left and Afghanistan is back where it was 20 years ago. From the 15th of August 2021, the Taliban took power again.

Recently, ISIS planted a bomb that exploded and hundreds were injured and many beautiful souls lost their lives in Kabul airport. Honestly, I don’t know how to sum it up, but the game that the Taliban, the ISIS and the USA are playing, will only harm the poor people who are left alone there. 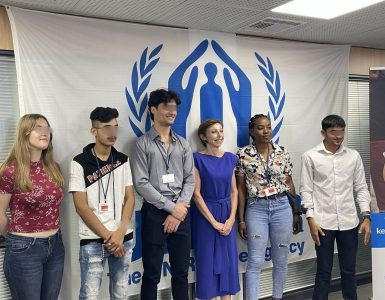