Yet another victim of systemic racism was recorded in the US, when at noon on May 25th in Minnesota, one more black civilian lost his life at the hands of white policemen. This is not the first time that the US police has been accused of excessive violence, fuelled by racial prejudice. That very same night, in several states, protesters flooded the streets with a list of demands, such as a shake-up of the policing system and the arrest of the guilty policemen. At the same time, they were fighting for the total elimination of systemic racism, which has cost the black community dearly. Many demonstrations ended in violence and clashes between protesters and police on several streets in the US. In an attempt to control the situation, the government took a series of measures, which were not however aimed at responding to the demonstrators’ demands. People appeared not to be put off by these measures.

At this point, I feel I ought to say that as a white woman in Greece I have never been the victim of racist behaviour. So, I will not maintain that I understand anyone who experiences it on a daily basis. But even though I am not a victim myself, that doesn’t mean that it does not concern me, that it “isn’t my problem”. Maybe the problem is mostly mine, or at least the community I belong to, given that this community has always been the main source of the problem with endless historical examples.

In 1865, slavery was abolished in the US. Even so, “former slaves” continued to work in cotton fields under appalling conditions. In 1965, Congress acknowledged the voting rights of black Americans of the southern US. However that didn’t mean that it was easier for them to vote, nor that their community acquired greater representation in politics, nor that they were treated better by American society.

For thousands of years, innocent lives have been lost in bloody clashes in order for us to acknowledge the rights of certain groups of people, even though those same rights are completely self-evident and “natural” (in the sense of “natural rights” which, according to the British philosopher John Locke, belong to all people without exception), although it seems that they are not equally natural for all. And after the supposed “radical” changes, we turn a blind eye, and think, “everything is fine now, we solved the problem and society is now full of altruism”. This of course is light years away from reality. What we so easily turn our backs on, is the fact that even though laws may change, a large part of society refuses categorically to change its mind about certain practices and opinions.

And for how long are we going to make changes on paper and not in our lives? How many more lives will be wasted at the altar of self-evident – for some at least – demands? The “Black Lives Matter” movement was born in 2013, and seven years on, people are still obliged to pour out into the streets and ask the state to stop murdering its children. 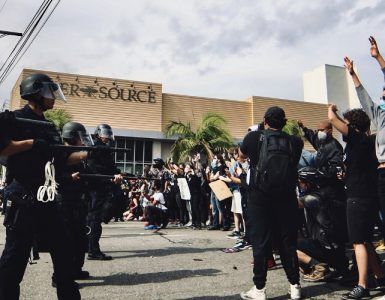