How much longer do we have to listen to the news telling us how many innocent victims died or were injured?

On March 15th 2019 a terrorist criminal, an Australian citizen, carried out an attack on two mosques in Christchurch, New Zealand, which resulted in at least 49 people losing their lives and many more being injured.  He did it in order to stop Muslim immigrants coming to the country.  According to the 74-page manifesto of the mass murderer, Brenton Tarrant, what motivated him to attack was, amongst many other things, the desire to avenge the murder of 11-year-old Ebba Akerlund, killed by Muslim terrorists.

Hatred and enmity between extreme Muslims and extreme Christians is hundreds of years old and continues to this day. The only thing these crimes and executions have in common is that it is always innocent people that are killed or injured.

The mass shooting in Munich on July 22nd 2016 by the 18-year-old Iranian-German David Ali Sonboly; the sword attack at Kronan school in western Sweden on October 22nd 2015 by the 21-year-old Swede Anton Lundin Pettersson; the assault by truck in the centre of Stockholm on April 12th 2017 by the 39-year-old Uzbek Rakhmat Akilov; the attacks in Carcassone and Trèbes in southern France on March 23rd 2018 by the 26-year-old Moroccan Redouane Lakdim; and the attack with a hunting rifle outside a church in Kizlyar, Russia on February 18th 2018 by the 22-year-old Khalil Khalilov are just a few of the terrorist incidents of the last few years.  Over 70 innocent people were killed and many more injured in these attacks, yet media coverage has been scant.

In her address following the attack in New Zealand, Prime Minister Jacinda Ardern made it clear that the perpetrator Brendon Tarrant was a terrorist.  In her closing words she called on the people to unite, saying “We are all one”

Are we?  When will we truly be one? When will there be no more borders between nations?  When will political, social and economic interests cease to exist?  When will all come together?  When will be stop judging someone by their colour, the god they believe in, or their country of origin?  When will we be one? 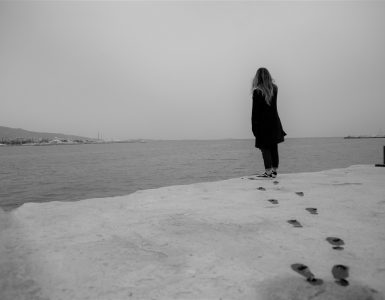 An open letter to Journalists

Hello! I am one of the victims about whom you have written thousands of articles in the last five years.  Apart from politicians, you too have played an important role in my life. Have you realised who I am? Let me...

As I sat through the successful play “Wake up Vasili”, which is inspired by the Greek film of the same title, I was particularly interested in the message that it was trying to convey. At the start of the play, the...

Fashion is always defined by the designers of clothing, footwear and accessories. Shafigheh Qias is an upcoming Afghan fashion designer with her own delicate Afghan style. By supporting Afghan people’s tradition...

Web Radio “Dandelion” is the result of the teamwork of Young Journalists, a team consisting of teenage and young migrants, refugees and Greeks.